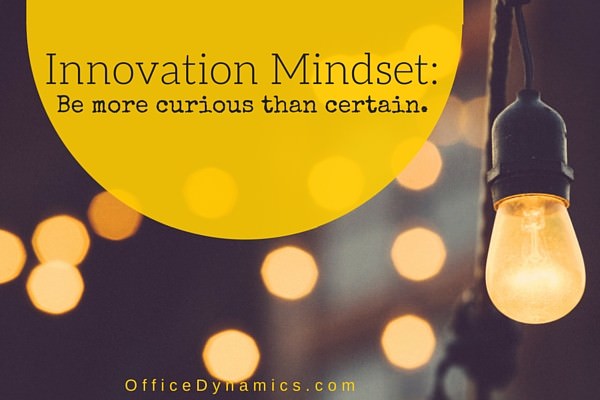 Full disclosure—I’m a recovering perfectionist. Nicknames that have followed me over the course of my lifetime include “Miss Goody-Two-shoes,” “Little Miss Perfect” and “Rule Girl.” I’d like to think I always try to do the right thing. I have to admit, I’m one of those people who has historically loved being right. But I’ve found this hasn’t necessarily been the best mindset for innovation. And having an innovation mindset is more important than ever—a McKinsey study showed 70% of senior leaders think it’s the most critical factor for success.

Leaders say they need “creative problem-solving” from their people, and that’s definitely important. But I’ve learned a valuable, life-changing lesson from a wise, long-time friend and colleague, the late Jerry McNellis, who would say, “In business, mostly what we talk about is problem-solving, but in reality, what we have most of the time are predicaments. Problems have answers, predicaments have options.” Over time, what I’ve realized is there are a lot of “rights.” We waste a lot of time looking for the right answer when perhaps what we should be doing is exploring options. So I’ve been working on getting past the need to be right and, instead, focus on getting better at staying open-minded and asking great questions.

I don’t know about you, but I think staying open-minded is much easier said than done. So I’ve had to use a few tricks to help me get there. When I’m looking for a solution to an issue, rather than automatically going with the first idea that comes to mind, I try to make myself come up with at least three options, and I’ve started pulling in others for more ideas. To keep myself from prematurely discounting ideas, I play a little game of “Idea Survivor”! I keep all the options I’ve gathered in play until I can challenge them from different angles (ideally the ones that matter most to my leader), like cost, time or quality, before “voting ideas off the island.” Another thing I’ve found works when I’m talking with someone who feels strongly about their idea, is to respond, “You may be right–I’d like to think about that a bit.” I’ve found responding this way helps keep me from shutting down their idea, and it helps them feel their position or idea is being considered. It reminds me there can be a lot of “rights.”

I’ve found thinking “options” and asking great questions can be a powerful combination. What is my leader trying to accomplish and why is that important? Where does my work align with that? What issues have I noticed where I think I can bring value to the table? What work takes me much longer than it should? What tasks drive me crazy because they’re more complex than they need to be? What ideas come to mind off the bat that would improve this area? And then, what else? “What else?” has become one of my favorite questions for really drilling for options. Ahh… the power of great questions!

But sometimes, asking ourselves questions like these only gets us so far, so I’ve also pushed myself to enlist others more often, and wouldn’t you know it, some really great ideas have surfaced when I’ve done that. Recently I was trying to decide on some cool raffle prizes for an event, and I ran my list of ideas past my coworker, Barb—Amazon.com gift cards? A tablet? I was boring myself as I ran down my list with her. She added her ideas to the list, and then we pulled in Justin, an intern working in our department, and asked him what he thought, and he offered a brilliant idea—an Echo (apparently it’s like Siri for your house)—jackpot! Asking “Who else can I enlist for options?” and being open-minded enough to seek out even unlikely contributors can really pay off.

I want my leaders to see me as innovative. I want to be successful. Sometimes that means we have to reinvent ourselves, and for me, it means continuing my journey toward remaining more curious than certain.

Less than 100 seats remain for the 2016 event: The Revolutionary Assistant. Will you be joining us in October? 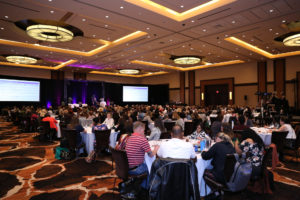 Attending an Assistant Conference: Why You Should Care

Remember that time when you would envision a conference and rooms filled with speakers, networking with attendees, meeting new people, and an in-person cocktail hour “mixer” came to mind? You could travel to a location you have never visited before, 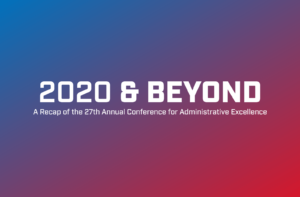 The One of a Kind Assistant Conference Experience 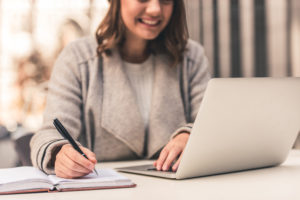 Reasons to Attend a Live Virtual Conference for Assistants

When you envision a conference for assistants, you typically imagine rooms filled with speakers addressing the latest developments in the administrative industry, vendors showcasing products that make office life easy, or attendees meeting up for engaging discussions.  While COVID has